Italian Rita Capobianco moved the audience at the Theatre San Luigi Guanella with her show “Tutta colpa die Arnold” (“It’s all Arnold’s fault”); the play was written, directed and interpreted by herself with original music by Angelo Donzelli. The play, written an interpreted by this ICSEB patient premiered in March 2017 in Rome. Seven months later, the successful piece performed by this actress, dancer, presenter and author of theatre texts was again on stage in the same city at the 2nd Cultural Event of the Chiari & Scoliosis & Syringomyelia Foundation. 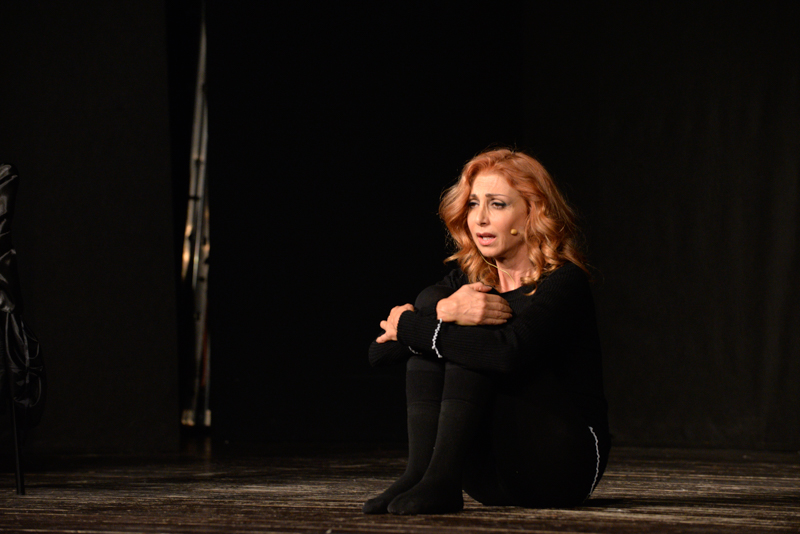 Rita Capobianco is an actress, dancer, presenter and author of theatrical works. Her career as an artist started in 1978, when she joined the Camomilla,band, a product of Bottega dell’Arte, connected to the Italian record company Ricordi. In 1980 she started her adventure with the Bagaglino theatre, which lasted 9 years and was marked by participations in shows at Salone Margherita, TV programmes like Per chi suona la campanella and Biberon, written by Pier Francesco Pingitore and Mario Castellacci and directed by Pingitore. When her experience with the Bagaglino got to an end, she continued working in theatres, directed by Vito Molinari, Edmo Fenoglio, Franco Molè, Gianni Leonetti, Vincenzo Zingaro, Cinzia Berni and many more. Between tours, she presented various theatre festivals and “Miss Italia 1996” province selections in Sicily.

In the movies, she played the role of Salomé in Secondo Ponzio Pilato (According to Pontius Pilate) by Luigi Magni; she was Ada, Giannino’s sister in the film Gian Burrasca and Licio Belli’s secretary in Attenti a quei P2 (Beware those P2) by Pier Francesco Pingitore. As a dancer she participated in Sergio Leone’s C’era una volta in America (Once upon a time in America), in Fred e Ginger directed by Federico Fellini and Un uomo innamorato (A man in love) directed by Diane Kurys. She was part of the dance teams in Drive In, Piccolo Slam (Little slam), La luna nel pozzo (The moon in the well), Viva le donne (Long live women), as well as in the permanent cast of Fantastico (1984). As a guest, she took part in Italian TV programmes like Sereno Variabile, Domenica in, Cocco, Dieci Herz, Pronto è la Rai, Ieri, Goggi e domani, Buona domenica, I fatti vostri, Stasera Lino, Telegatto and I Siculissimi.

In television, she played Rosaura in the kids’ movie Pinocchio, a secretary in the “Laziness” episode of the film Di che peccato sei (Which is your sin) by P.F. Pingitore, a psychologist in the fiction Una madre detective (A detective mother), directed by Fabrizio Costa. Amongst her multiple artistic experiences, there’s a collaboration with the magician Silvan and participations in TV selling and TV ads.

After her graduation in Modern Literatures, she tests herself as author and director of a couple of theatre works, which she directed and interpreted: La rima ti fa bella, a piece with puppets that she built, and Tutta colpa di Arnold (All because of Arnold), a grotesque monologue with music by Angelo Donzelli, in which she goes through her experience with the rare disease called Arnold-Chiari I Syndrome.

Synopsis of Tutta colpa di Arnold (All because of Arnold) 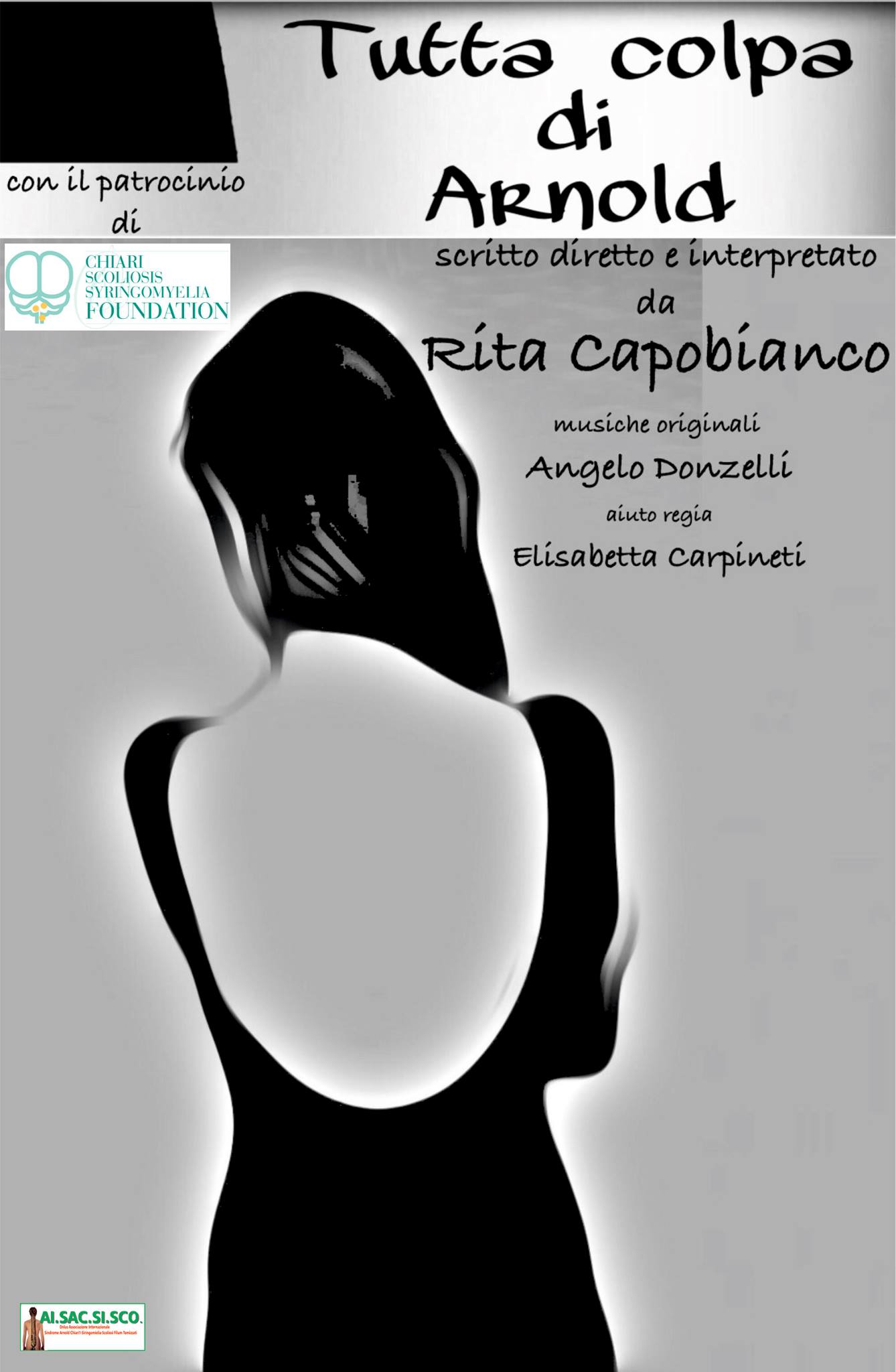 The perception of time going by and the grotesque tones are key elements in the unfolding monologue. The protagonist and author describes the private drama of each person affected by Arnold-Chiari I Syndrome. The story develops through various steps, that show how the protagonist is gradually and seamlessly swept away by an alienating reality, unaware victim of a journey to herself. In this monologue, the reconstruction of symbols employed by the author come together in a masterpiece, split between an oppressive reality and a struggle for rebirth.
(Alessia Capobianco)