The Brazilian artist José Mario Amaral presented 2 paintings in the 2nd Cultural Event Chiari & Scoliosis & Syringomyelia Foundation , which took place at San Luigi Guanella Theatre in Rome, Italy in October, 2017. The first one is about the magic of the sea, with its healing powers. “I am an example for that magic, I live in a city on Brazil’s coast and I have come to heal to another coast town, in Europe, I mean Barcelona.” 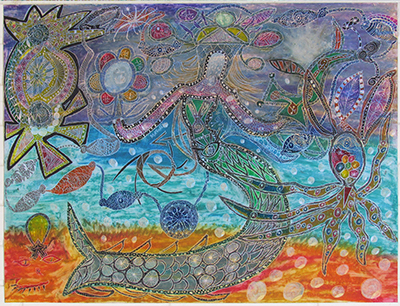 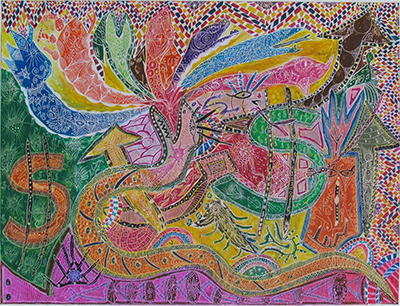 José Mario Amaral is a versatile artist. He develops his creativity in abstract works with plastic art; he draws with pencil, works with pastels and acrylic paint, and also works with other materials, such as stone and wood. He is also a composer and music producer and is about to release his fourth independently produced record, with songs written by himself. Another of his passions is writing, he currently writing his first book.