The Italian dancer Francesca Ghisio Erba presented her choreography to the pulse of “La vita è bella” by Nicola Piovani, accompanied by the reading of the poem “…E poi Barcellona” by the Italian writer Marisa Toscano during the 2nd Cultural Event of the CSSf, which took place at San Luigi Guanella Theatre in Rome, Italy in October, 2017. 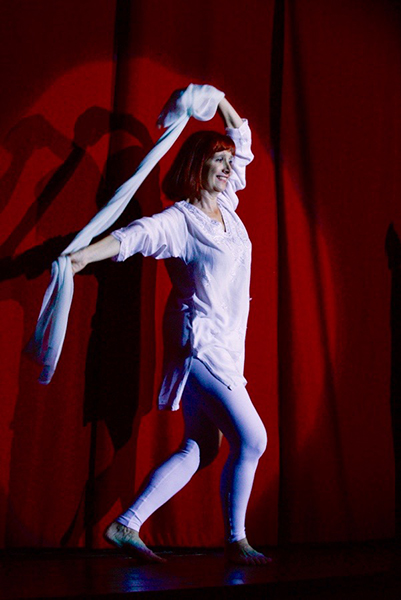 Francesca Ghisio Erba had such a a great passion for dance since her childhood that followed through on achieving the Tersicorea diploma at the Autonomous Theatre Entity of the Opera of Rome. In the following years, she built a professional career as a dance soloist and she took part in many television programs and shows in the most important Italian theatres. Subsequently, after having worked as an choreography aid with Gino Landi and Evelyn Hanack, she engaged in teaching dance. 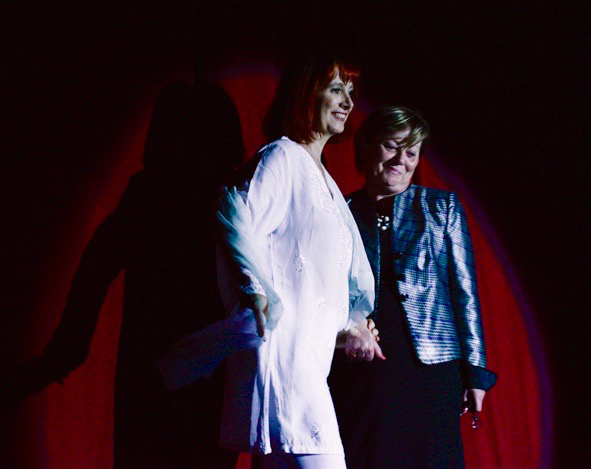 After a few years, she started to become more and more interested in the oriental field until she decided to embark on a new path that led her to earning a diploma as a professional therapist in Keiraku Shiatsu in 2004, and in Essenetherapies in 2008. Later on, completing her studies and always searching for a focus related to aid, she obtained a diploma as a social worker from the Via Asmara Higher Education Institute in Rome as well as a diploma a psycho-synthetic counsellor at SIPT (Italian School of Psycho-Synthesis). At the same time, she went through a personal training experience with Yoga. More and more convinced that the individual’s well being derives, other than from a balanced mental state, from constant physical training. She oriented herself through a path that led her to being a postural fitness instructor and cardiac coherence and resonance trainer, which is a specific breathing routine.

Currently, with the basis of her personal experiences and studies, she is devoted to shiatsu treatments, essenetherapies and counselling meetings, she organizes seminars for the dissemination of cardiac coherence and resonance and teaches hypopressive abdominal exercises, focusing on Postural Fitness.