The works of the Catalan artist, Ferrán Pérez Vivancos, were presented at the 2nd Chiari & Scoliosis & Syringomyelia Foundation Cultural Event, which took place at the San Luigi Guanella Theater, in Rome (Italy), in October 2017. 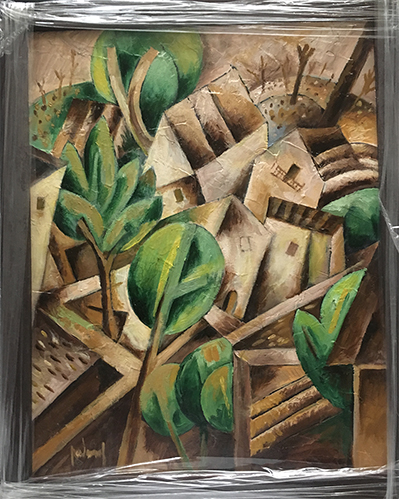 Ferran Pérez Vivancos, born in Barcelona in 1946, earned his degree in Applied Art and Graphic Design in 1968. He taught Graphic Design between 1968 and 1979 at the Barcelona’s Massana School where he had himself studied beforehand. He combined this activity with that of a graphic artist at different studios in Barcelona. He set up his own design studio in 1982 where his combines his work with his painting activity.

Currently, after several decades dedicated to creativity, he accumulates hundreds of finished works, some of them in private collections in Barcelona, Germany and South America, where is work is especially well received.

Between 1972 and present day, he has participated in numerous collective expositions. The rest of his oeuvre is carefully stowed away. All this has been possible thanks to his perseverance, enthusiasm and the unconditional support of his family which has allowed him to develop this activity during so many years.