One of the works of the Brazilian artist, Christina Apovian, was presented at the 2nd Chiari & Scoliosis & Syringomyelia Foundation Cultural Event, which took place at the San Luigi Guanella Theater, in Rome (Italy), in October 2017. 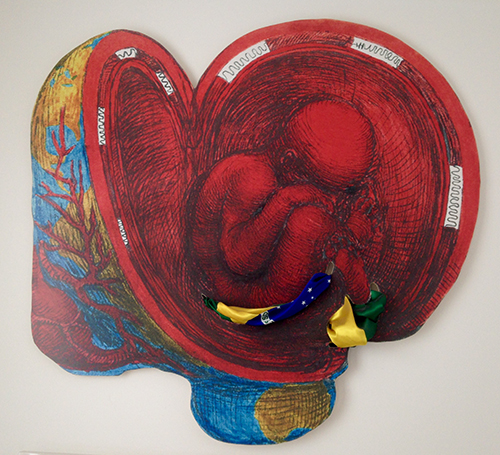 Apovian presents Da Vinci: el nacimiento de Brasil which according to the author is an approximation to Leonardo da Vinci’s work.

The Brazilian artist Chris Apovian works with video, painting and performance since 18 years. His work moves between references of the History of Art and politico-conceptual perspectives. In 2006, she participates in the 26th International Biennale of São Paulo, with a piece that included the participation of 30 homeless persons.