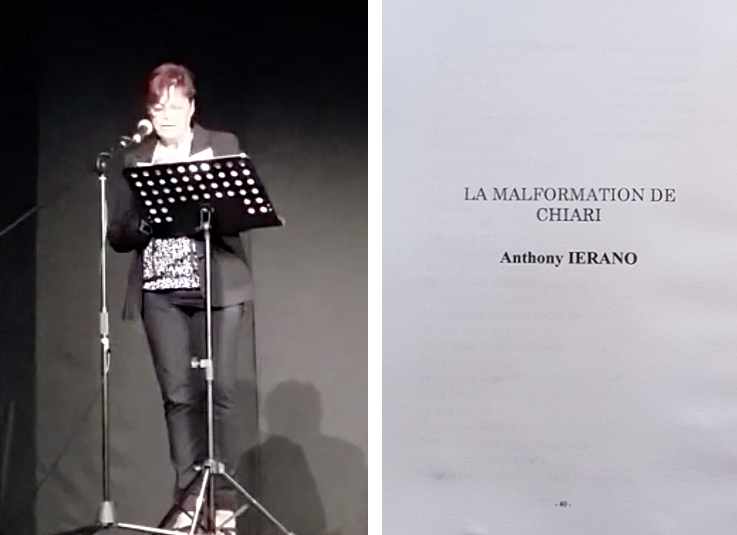 Anthony is a very active poet 34-year-old poet, who lives near Nice. He underwent surgery with Dr. Royo-Salvador for a Arnold-Chiari I Syndrome in Barclona on 8 March 2012. He has a painting business, works with a Foundation and founded his own garment brand KATZO.

Writing down what he is feeling, his experience and sentiments, is a way of feeling good; it helps him to express what he cannot say out loud. His verses are often directed at members of family, at his father Rocco, his mother Marie-Thérèse, especially at his brother CriCri with trisomy 21, at his sister Laura, who is a singer and for whom he authored a song published on her album in Novmber 2013. In his verses, he speaks of himself and his human and social relationships.

The poem “Malformation de Chiari” represents everything his body went through when he was diagnosed with the condition, up to the surgery. It was chosen out of five competing pieces and later published in the book “Dedicace a Saint’Agnese”, a collection by Mille Plumes in January 2015.